I had the chance to play a bit with the CC3000 Boosterpack which can be used together with the MSP-EXP430G2 Launchpad, and it seems like a very interesting device. It enables WiFi/Internet connection for microcontrollers with small memory size. The CC3000 works such as network processor running a TCP/IP stack which basically does the whole stuffs related to the WiFi/Internet connection, and users need only to implement the application on the host microcontroller. A very nice thing from the software point of view which I found also is that the host source code uses similar API to the BSD socket which is basically the standard API for socket programming .

One of the basic example provided for this kit is called the Basic WiFi example, where basically the MSP-EXP430G2 Launchpad kit is connected via USB to a PC and receives command to execute some basic functionalities such as connecting to a WiFi Access Point, opening a UDP socket, sending and receiving data via the UDP socket, etc. It is basically a nice example to get started working with the platform, however I find it a bit hard to test the example since you need to work with hyperterminal and type in the command code manually. Therefore I decided to write a python based script tool running on the PC which can be used as a host for the CC3000 Basic WiFi example, and it can be found here.

NOTE: For this guide, I am using the release version v.0.1.0 which can be downloaded as ZIP file at this link. You need also to have Python 2.7 and pyserial installed on your computer to be able to run the script. Installing Python 2.7 should be straight forward since you need only to download the executable installation file. For installing pyscripter, please refer to the this guide. 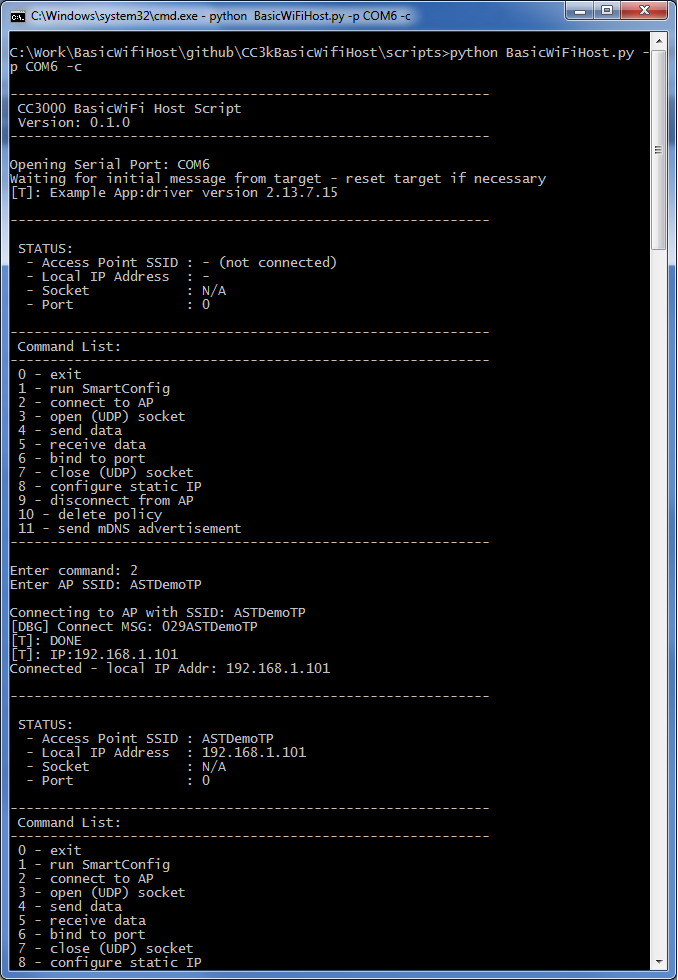 As shown above, in the console mode the user is asked to give a command by typing in the command number (between 0-11) and then pressing the enter key. If necessary, the console will also ask for the command parameter (e.g. SSID name for “Connect to AP” command). Each given command will be translated to the Basic WiFi command format and sent out to the Launchpad via USB serial line. The console with wait for the reply before the user will be then asked for the next command.

The interactive console mode is invoked when the BasicWiFiHost.py script file is executed with “-f FILENAME” or “–file FILENAME” parameter, where FILENAME is the name of input text file containing the list of pre-defined commands to be executed by the Basic WiFi Host script. The following screenshot shows how the scripter mode looks like:

The supported commands in scripter mode are listed as follows:

Beside the commands above, it is also possible to write comment as a line preceded by a double slash (“//“). The SHUT_DOWN and RESTART command will only work with some changes in the Basic WiFi firmware to test the current consumption of the CC3000 in shutdown mode which will be covered in my next post.

The CC3000 Basic WiFi Host Script is tested with the following hardware setup: 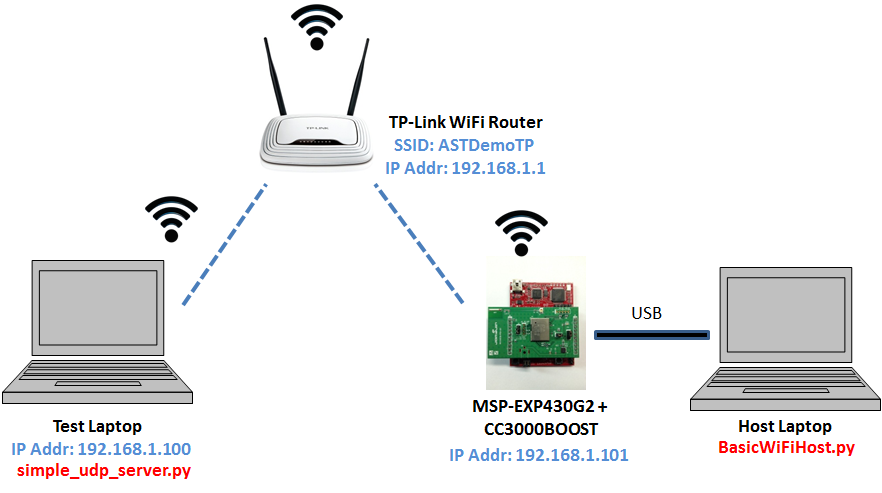 The Basic WiFi Host is delivered with a basic UDP communication  example which can be found under CC3kBasicWifiHost\example\BasicUDPComm folder. The demo can be run by doing the following steps: 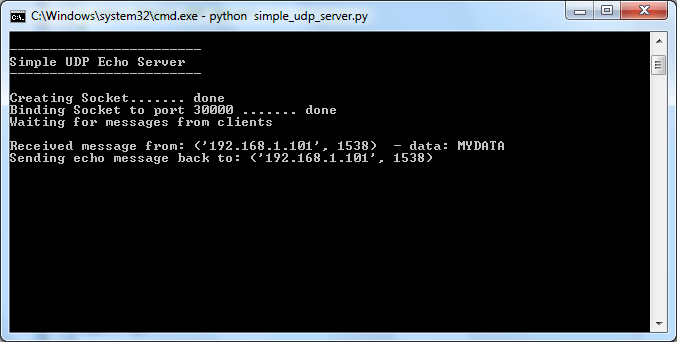 Some explanations regarding the output text shown by the Basic WiFi Host script: